As part of BCre8ive’s work on developing support for creatives in the UK this is the second in a new series of blogs  linked to our series on local creative cluster development. Each of us tends to work in one part of the creative industries, and often it is difficult to find money which is specific to our needs. This blog sets out the main sources of finance for a range of creative activities. We do not claim it is comprehensive, and please write to us if you know of other sources, beyond competitions that is, which we cover in our Facebook and Newsletter postings.

There exists a heavy bias towards the screen-based industries e.g. TV, Film & Games within the existing grants and funding structures. However, changes in the Arts Council’ s grant system and the funding of fashion initiatives within the AHRC Clusters programme has created some new opportunities in the last twelve month.

This blog is broken down into the following key sectors,  in the hope it will help you find new sources of support :-

plus the important regional/national funding options.

This sector is dominated by government backed organisations, who seek to support the distinctive cultural role of screen narratives. The significance of this sector can be seen by the additional £60m made available in April 2019, from government, to support the creation of UK content for children’s programming, and its prominence in the AHRC Cluster Funding decisions.

The BFI aims to use National Lottery funds to develop and support original UK filmmakers and films, and to increase the audiences who can enjoy them.

Screen Scotland, a recently dedicated part of Creative Scotland, which has seen an increase from £10m to £20m in the last two years.

Northern Ireland Screen provides support in the form of grants and investments/loans in much the same ways as the other national UK bodies. These include the following:- development funding ;production funding ;short films schemes;  and skills fund .

Ffilm Cymru Wales provides support for welsh filmmakers and for projects which reflect Welsh culture including :- Development funding ; Production funding; Company support; and  new film entrepreneurs awards of up to £6,000 to go toward mentorship and/or specialist consultancy. 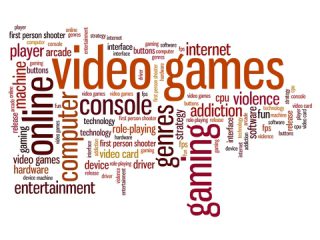 In addition it supports talent entering the games industry by running Tranzfuser each year aimed at final year university and college students.

UKIE is the major source of information with respect to the UK games industry. Its guide to finance though over a year old is still the most comprehensive with respect to games development and production.

Note: Abertay University is the recipient of an AHRC Cluster Fund for games.

This sector is seen to have a high public profile and a very established eco-system for developing new talent from local venues to BBC’s Radio 6 music, and indie record labels to say nothing of the online opportunities.

The most comprehensive introduction to funding for musician is at the Musician’s Union website .

A major source of financing for new talent is the PRS for Music Foundation who offer support to creators. Note: they only support people who write their own music! They also support organisations.

The ‘Do It Different Fund’ gives £500-£3,000 to music creators who need financial, support having established themselves  in some way at the start of their career.

The Rattle is a new London based initiative, which provides a physical base(studio etc.), business and marketing support, and a community on a  subscription basis(£250per month). Planning to open in LA and other major cities over the coming year. This accelerator approach is proving effective for some musicians.

This is a hugely successful sector with regard to  global sales value, far out reaching film and games. However, the need to support individual artists, exhibition spaces and marketing activities remain key to future development.

The Paul Hamlyn Foundation provides an up-to-date list of not only the Arts Councils but also major competitions and prizes including for visual arts, photography,film, musicians,and experimental art.

There are a number of foundations specifically  offering support to artists. These include – The Eaton Fund (wide range of arts, incl. film); Aziz Foundation (focused on supporting organisations);  Foyle Foundation( for charities and state schools in UK); Esmee Fairburn Foundation (individuals and organisations)

NOTE: Many of these Foundations have specific deadlines for applications so check their websites as soon as you know what funding you require.

There are also numerous competitions and awards which operate on an annual or regular basis these can be found in BCre8ive’s Competitions listing. One new quarterly example is for visual artists and photographers, Innovate Artists Grants.

British fashion designers have been a major part of the world’s fashion business now for some time, but this is a fast changing environment, and new innovations are key to success. In order to support this some new government monies have been made available but many small designers still need support especially outside London.

There is also a grants list at Start Grants.

Fashion Angel is the source of start up loans for fashion designers in the UK.

For teenage designers at school, etc. there is the Young Fashion Designer UK awards.

The 2018 AHRC Cluster Programme also provided over £10m for new fashion initiatives at University of the Arts and Leeds University. creating new opportunities for designers and makers over the next three years.

This is currently the least supported of the various creator sectors within the creative industries. Many makers are located in rural areas, and away from the South East, which restricts their access to funding and support.

The Crafts Council provides a list of competitions and awards, which  also covers some visual arts and photography awards. They also provide a talent support scheme including course, mentoring and business support.

Individual grants may be possible from some foundations and Arts Councils, but it will depend on the specific project/work you wish to undertake.

Overall, the funding available is in investment terms seed monies i.e. small amounts which are designed to help creatives but not large enough to support them. the few exceptions to this are some a major competitions.

In the list of this BCre8ive is working on new ways of increasing support for creatives in the UK in particular the creation of local creative networks/clusters and increasing the role of local authorities and Angel funding. These funding opportunities will be covered in the next two blogs