The Lockdown during the Covid crisis has produced an explosion of creativity not only in the UK,  but also globally. This has ranged from performers in their own homes e.g. One World Together to Grayson Perry’s Art Club and innumerable individual rainbows and children’s craft activities. Evidence, if it was ever necessary, that people want to make creative outputs, if given the chance or a major reason to do so.  However, this is a long way from people creating careers and companies from their individual creative ideas. 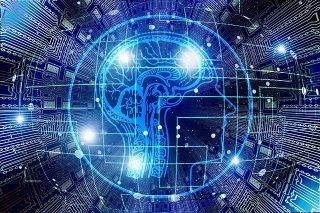 Content development is big business in the advertising world with new websites and campaigns exploding across the digital universes.  However, this is not where the major financial gains from content development are to be made. For this we need to look at ideas which can be developed into Intellectual Properties(IP) which are then sold and/or licensed globally.  These range from the obvious blockbuster films, and novels, to fashion and fine arts. It may still surprise some that globally the Visual Arts are second only to Television. Combined the cultural and creatives industries globally gross more than telecom services and employ more people than the automotive industries of Europe, USA, and Japan combined.

The UK government defines the creative industries as “those industries which have their origin in individual creativity, skill and talent and which have a potential for wealth and job creation through the generation and exploitation of intellectual property”

However, the lack of focus on content development with respect to IP potential within the various creative industries initiatives remains a major limiting factor in the development of creatives, but also future growth, employment and productivity with in the UK.  This is especially true when over 94% of creative businesses employ less than ten people.  So what are the problems with creating IP which is valued, and exploited throughout the world?

A Culture of Inaction

As with the belief in meritocracy and the class issue, cultural attitudes to content development play a large part in framing the inaction with regard to developing creative content IP in the UK.  IN addition to the reality of a failing meritocracy, the cultural presence of such phrases, as “No-one knows anything”  and “Talent will out” have  inhibited any serious attempt to improve content development over the last forty years.

This has had an impact not only within colleges and universities but also within whole industrial sectors and has substantially contributed to the failure of UK based creatives to successfully exploit their own creative work, and to build up successful careers and companies.  There are of course exceptions from J.K. Rowling to Damien Hirst, and Aardman Animation.  The problem being these are exceptions, they are not the norm of the UK creative environment. Going forward with the existing attitudes and approaches will clearly not solve this problem.

IP development requires inventing something new in an apparently ‘white space’, that is capable of potentially engaging a minimum of hundreds and, generally, millions of different human beings in an emotional, and intellectual, experience, which they are prepared to pay for. 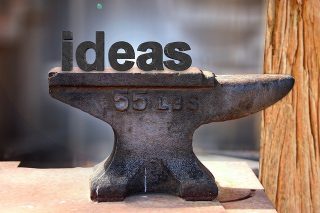 In all areas of creative conversation people talk about coming up with ‘The Idea’, ‘The High Concept’ ‘The Hook’ ‘The Vision’ ‘ The Voice’ or its equivalent – yet audiences, readers, players, etc. engage not with an idea but a complex narrative experience, which is pitched at the level of engagement which they find acceptable. Millions of people have come up with good ‘ideas’.  The issue is how do we turn them into complete narratives/experiences, that people want to engage with.

Without proper development an idea is worth nothing – other than as a potential marketing angle. In this context finding a good or even great idea is only the start of the process, which involves many conversations.

IP Content Development is the application of skills and knowledge by creative individuals to a new work, from the point of creation to the work reaching its audience/s.

This involves the development of  Collaborative Teams.

The dominant vision of the creative person in modern society is still wedded to a concept, born of a by-gone age, of the lone artist, often jokingly referred to as ‘living in a garret’. The reality is within a digital age the majority of content is developed by teams of creatives. However, the focus on the out-of-date ‘artist’ notion means most of our resources, training and education are focused on individuals not on building teams.

The skill of development, which includes managing talent, and ideas development, is little understood in the UK.  Providing Mentors is a common offer to companies/individuals, often involving individual one-to-one sessions over a short time frame. Seen as an important tool within corporate structures, this has limited value in a micro company environment. In addition, content development is of a different order, involving often a lengthy and time consuming engagement. This is more akin to the role of some tutors in art colleges, and editors in publishing.

We Do Not Have Time 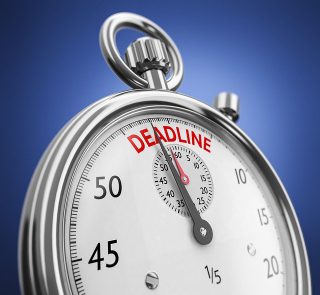 The failure to do this will mean UK Creative IP will continue to be exploited by non-UK companies, or worse never developed in the first place.

2. Creation of a digital online content development network, a combination of mentors and funding for individual and micro-company development projects.

5. An expansion in the support for the majority in the creative industry to sell direct to customers globally. (See 7 Positive Steps to Successful Content Marketing)